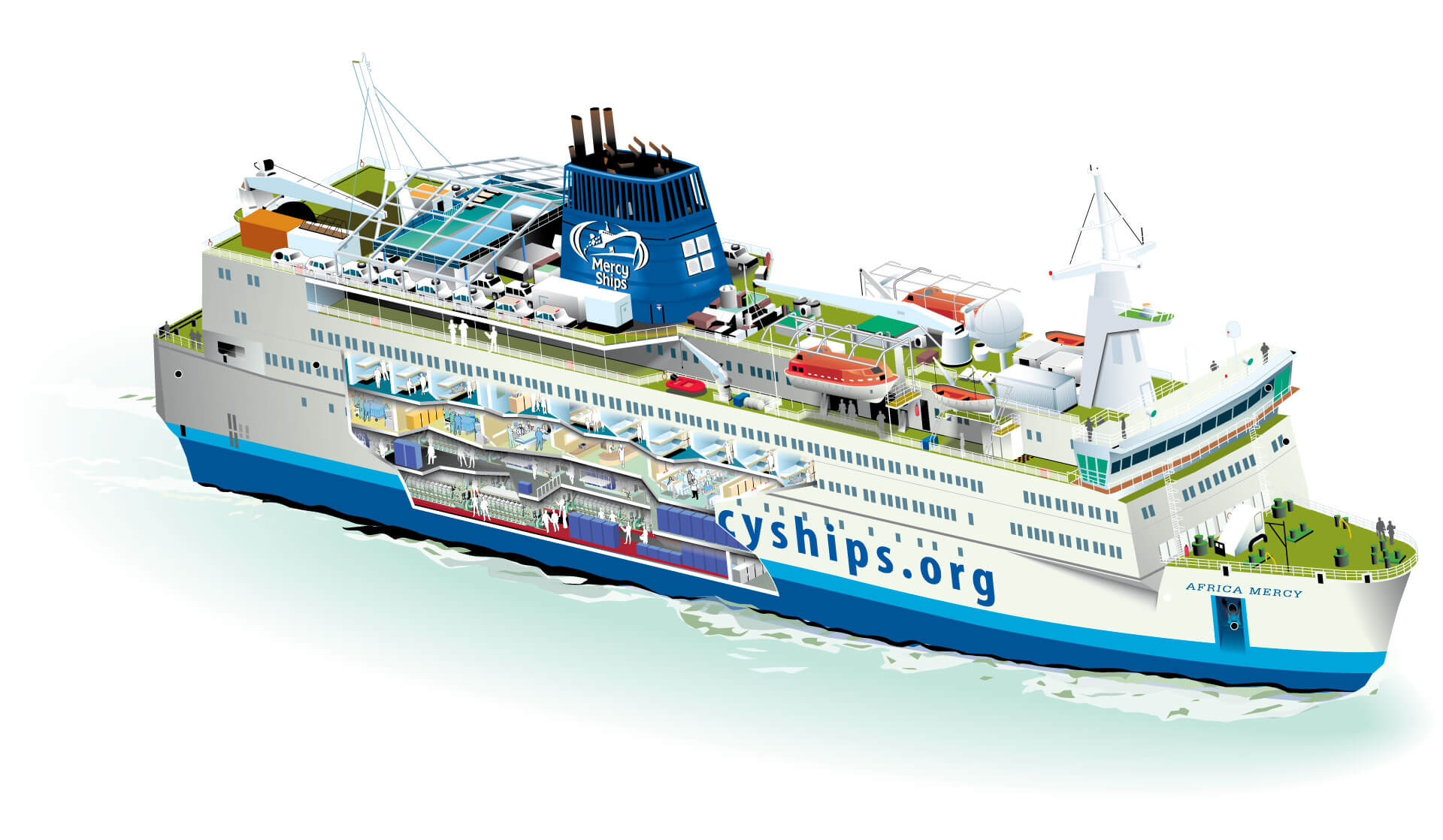 Do you know our Non Profit Sponsor Mercy Ships?

* Will be donated to Mercy Ships the collection after paying all the Spring Conference expenses.
The Africa Mercy, the world’s
largest charity-run hospital ship

The Africa Mercy, belonging to the non-governmental humanitarian organization Mercy Ships, is the largest civilian hospital ship in the world. Since 2007 this ship has traveled the coast of the African continent providing free medical services and surgeries to all those who need it. Volunteers from more than 40 countries have served aboard the Africa Mercy, which was acquired in 1999 and refurbished specifically for the charitable mission of Mercy Ships.

The Africa Mercy measures 152 meters lenght by 23.7 beam, and has eight decks in which there is room for five operating rooms, four recovery rooms, an intensive care unit, laboratories, 126 cabins for 480 people, dining rooms, offices or a small gym, as well as a school, library, laundry and a supermarket. The ship also has a fleet of 28 vehicles to move its staff on land.

But the Africa Mercy is much more than that. It is the opportunity to receive medical attention for thousands of people, who queue for days when they receive the news that the ship is approaching their populations. A staff of 15 doctors and 90 nurses perform on board from orthopedic to maxillofacial surgery, through plastic, ophthalmological or dental. On land, dental, general health or mental care programs are carried out, and palliative care is provided for the terminally ill.

The team assembled aboard the Africa Mercy is made up of some 400 volunteers from up to 40 different countries. Their volunteering can range from two weeks to two years in duration, during which they take care not only of medical or surgical services, but also of all typical ship tasks, such as maintenance and repairs, or even cooking. , take care of the little ones or teach them in the on-board schools. In addition, volunteers are in charge of the training of native medical personnel.